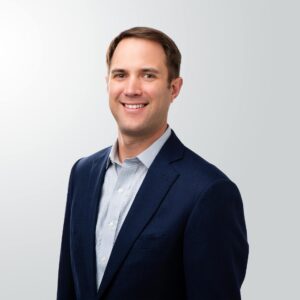 Originally from Atlanta, Matt Alexander found his way to Greenville by attending Furman University. While at Furman Matt not only earned his degree but also a Commission into the military through the University’s Army ROTC program. While in the military Matt flew Blackhawk MEDEVAC helicopters, served one tour of duty in Iraq in 2011, and continued flying in the Georgia National Guard until 2017.

Upon returning from deployment, Matt decided to pursue a career in real estate and moved back to Greenville in order to attend Clemson’s Master in Real Estate Development program. He has been active in the Greenville real estate community ever since, working in a variety of fields to include commercial mortgage banking, and most recently hotel acquisitions and development.

In his spare time, Matt enjoys spending time outdoors with his family. It doesn’t get much better than hiking in the parks close to Greenville or quick weekend trips to the beach!